ACP stands for, Attorney for Customs Procedure. In Japan, ACP has a role to act for import and export customs procedures on behalf of the non-resident Importer. Let us briefly highlight in which case and why the ACP is necessary for the Japanese trading system.

In principle, Japan Customs does not permit foreign entities to act as the Importer of Record.

However, even such a foreign entity can import as a non-resident importer, if the entity appoints an ACP who can handle the customs procedure on your behalf.

Let’s look at an example. Assuming that a foreign entity wants to ship the goods to an Amazon Fulfillment Center in Japan. Under the Amazon’s FBA program, the consumers are not yet decided at the timing of the import. Therefore, the foreign entity does not have a Japanese resident entity who can act as an importer. Also, Amazon, announces that they won’t become an importer. So, what should they do?

In this case, using ACP is a most straightforward solution. You can import by yourself if you appoint a Japanese resident entity as ACP. Amazon, also releases the guidance to international sellers :

“If you do not have a Japanese entity to act as the importer of record, it is mandatory that you appoint an Attorney for Customs Procedure (ACP). Overseas Sellers, as non-resident importers, can generally rely on a program called ACP to help bring their inventory into Japan. An ACP is a resident Japanese entity who registers with Japan Customs as your agent to help with entries and communications.” – Amazon’s guidance “Understand ACP and IOR guidance”.

Thank you for visiting, please feel free to contact us at any time. 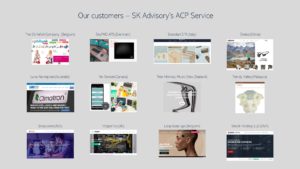